It’s the early 90s. The Berlin Wall has fallen, The Simpsons are America’s favorite family, and the Internet is just a speck on the horizon.

A real-life Peggy Olsen named Janet Champ has been doing some pro bono advertising for PETA that is making waves. One of her ads makes it to the desk of her boss, and realizing her gift, he promotes her from administrative assistant to copywriter on Wieden+Kennedy’s flagship account: Nike.

“The Nike account for women wasn’t doing so well. The ads felt like a female takedown. One ad caused women all over the country to write letters and hate Nike. It was a Joanne Ernst cross-training ad, and there was this offensive line: ‘It wouldn’t hurt to stop eating like a pig.’”

At that point, it was just, let’s do what’s right. We felt like we were talking to ourselves, and that’s what you want when you’re creating ads. You figure out who the clients and the viewers are, and in this case, the viewers were us. – Janet Champ

The ads created by Champ and Charlotte Moore, a creative director, became some of the most memorable in Wieden+Kennedy’s history and in advertising to women.

It might have seemed like a stretch to sell a shoe without showing a photo of the product, but the narrative campaign was powerful. It inspired thousands of women to engage with Nike, some of whom even wrote confessional letters about how the ad campaign changed their lives. The ads made Oprah cry on television and sold millions of sneakers. Most importantly, they changed the way we talk to women in advertising.

Champ and Moore’s authentic approach has only grown in popularity with the advent of social media and digital advertising. If you’re trying to connect with women today, there are a few things to consider.

We want to feel empowered, not unfulfilled.

In the past, the way to market to women was to sell them an idealized version of themselves: Think airbrushed models wearing clothing that’s been photoshopped to oblivion or supermoms who work full time and parent and still mysteriously maintain a spotless house. But today, companies are learning how successful it can be to use a combination of empowering messages and realistic portrayals of their target audience.

While analyzing consumer research, Fama Francisco, the vice president of Global Always, and her team, found that girls experience a significant drop in self-confidence when they hit puberty. To start the conversation about the problem, they created an ad showing the differences in how adults and young people perceive the phrase “Like a Girl”. The ad was played during the 2015 Super Bowl (not traditionally a strong demographic for menstrual pads), and it garnered a lot of chatter on the internet for changing what it means to run, throw, or fight “like a girl.”

We don’t want to feel like we’re being sold to. 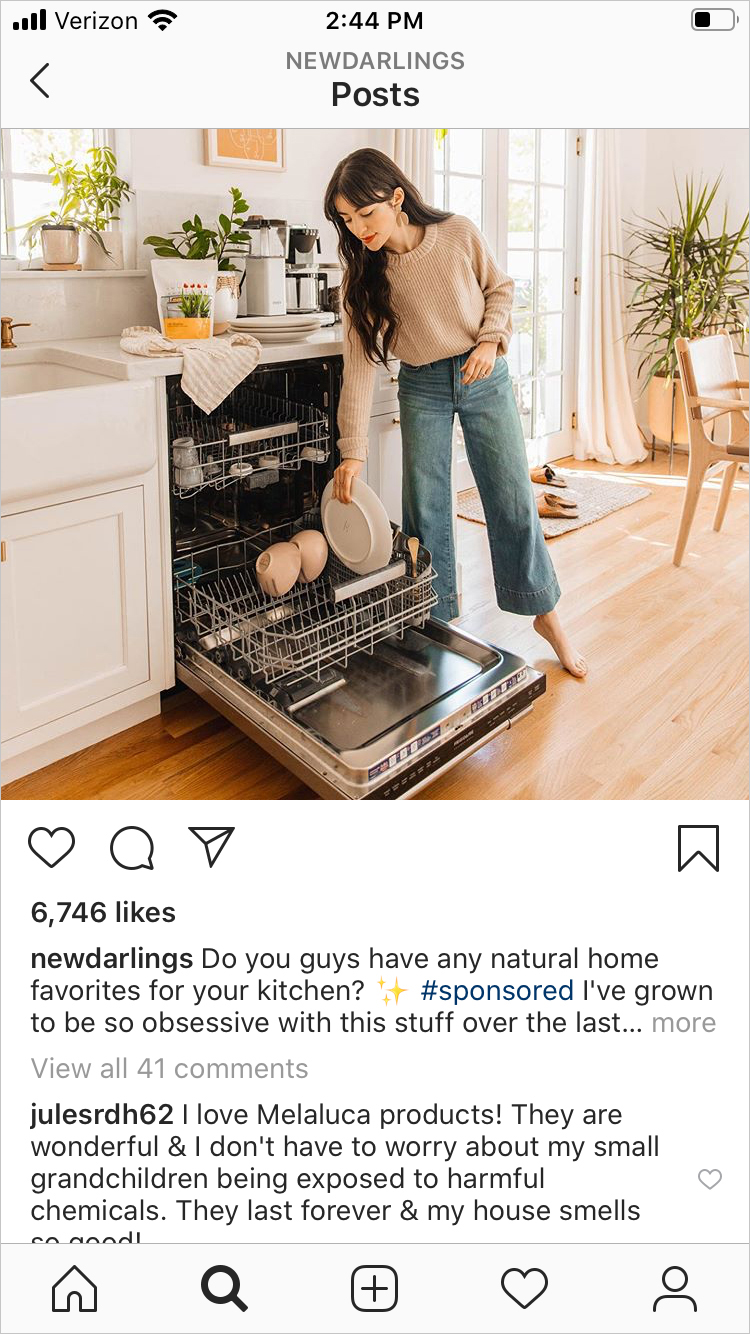 Like Janet Champ and Charlotte Moore realized with Nike, the best way to make someone fall in love with a brand is to make them feel like the brand understands them.

This “connect first, sell later” mentality is most prevalent with social media marketing. #nofilter is a popular hashtag on Instagram, and influencers, who tailor campaigns for their individual audiences in a way that feels more authentic than traditional marketing, are a go-to in modern advertising.

Audience research supports the use of these tactics. The largest group of consumers today (millenials and Gen Z) prioritize authenticity over everything else when supporting brands, and they can distinguish between user-created and brand-created content.

“Period” isn’t a dirty word, it’s something women deal with on a regular basis. Despite that, advertising for feminine care products has traditionally involved pouring a mysterious blue liquid onto a maxi pad while a model dances around in a white dress.

We’re socialized to be embarrassed by discussing periods, which is what Thinx, a company making absorbent underwear to be used instead of tampons or pads, wanted to tackle head-on with their bold, introductory campaign that took over New York subways. The ads aim to reduce stigma by encouraging people to talk openly about periods.

“We really fed into the duality of comfort — the idea of society being more comfortable, but also the fact that our product is a much more comfortable solution on your periods.” — Siobhan Lonergan

In addition to making a statement with their initial campaign and its placement, Thinx hasn’t been shy about featuring diverse bodies and transgender men in their ads. They even carry gender-neutral styles to be inclusive of all people who have periods. 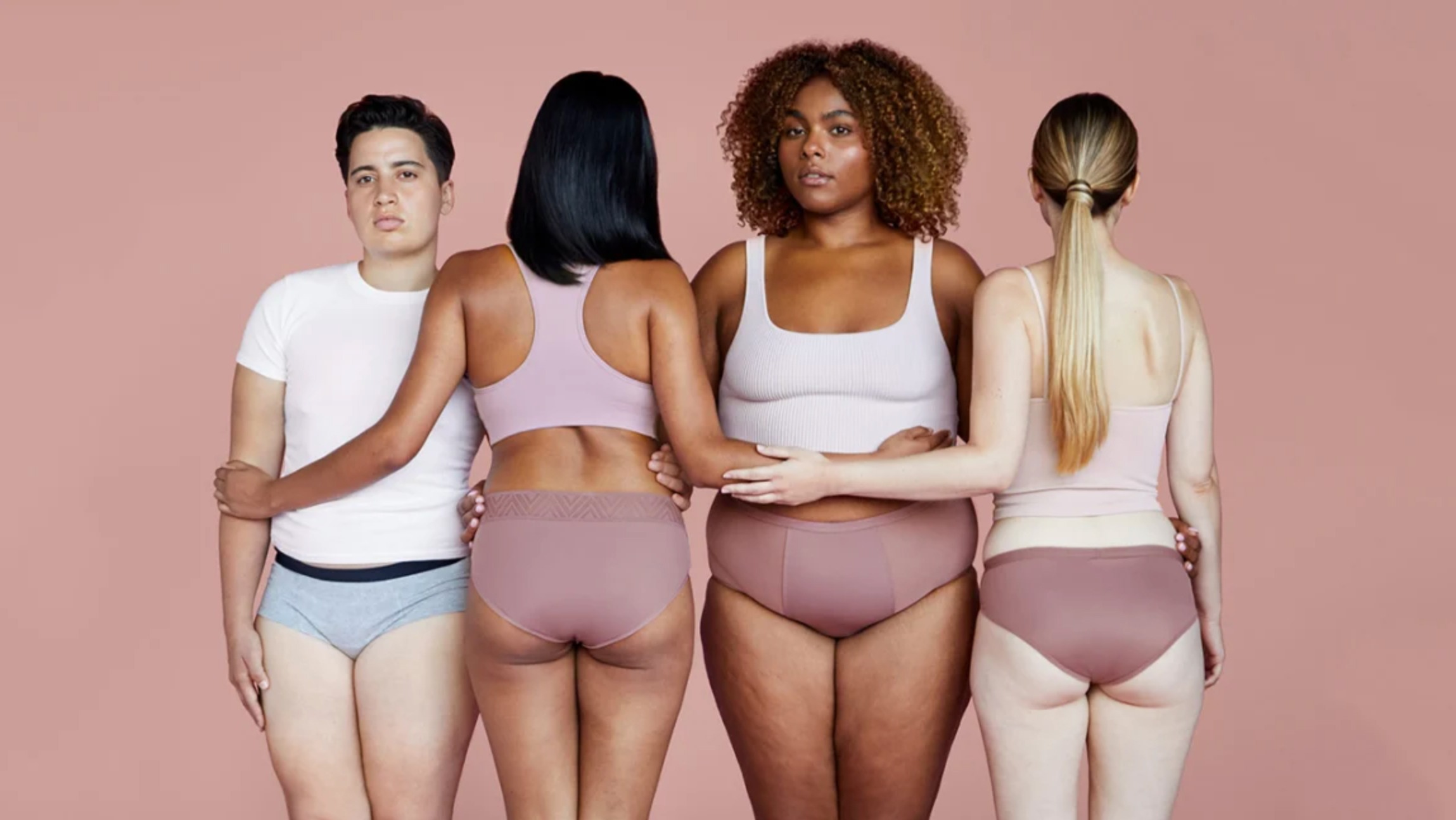 The Power of Authenticity

What stands out in all of these examples isn’t that the brands offer a totally unique product. In any industry, it’s rare that your solution is new for a problem — myriad options already exist. The way to cut through the sea of sameness in advertising and connect with your consumer is authenticity. You don’t need to show women idealized versions of themselves, instead, strive to make them feel empowered by who they already are.